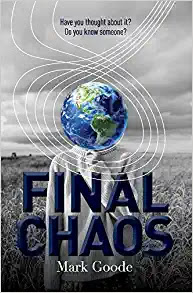 In a world ravaged by climate change, where the global population has been driven underground and all life on the surface teeters on the brink of disastrous collapse, Jack Jennings joins the Aquaterrians to fight the government faction for control of the world's most precious resource: water.

As the World Water Wars rage across the country and water and food resources dwindle, in Colorado, savant scientist Angela Starr dedicates her lab and considerable brain power to researching crop plant physiology for insight on how organisms survive extremely adverse conditions in hopes of discovering disaster-resistant food crops. But then, suddenly, soldiers from both sides of the war turn their weapons on themselves and commit suicide.

No one saw it coming.

On the battlefield, caught in the tightening noose of rampant self-destruction, Jack Jennings frantically seeks a way to prevent more self-harm while the world demands answers. Who or what is to blame for causing this mass suicide event, what is being called apoptocide? Amazingly, Angela Starr is accused. Can she find the link between her scientific investigations and the mass casualties on the battlefield―before the world condemns her for crimes against humanity?

Author Mark Goode takes us deep in an intriguing thought experiment that quests for answers about the real world's suicide pandemic. This journey inward explores the relationships between biology, apoptosis, chaos, and neuroscience and describes the first-ever behavioral toxin. We come to understand how it attacks us from the inside and out.

But is there a remedy?

Reviewed in the United States 🇺🇸 on December 4, 2020

Final Chaos isn’t a tale about Goode vs. Evil, but a journey through cellular biology, neurobiology, aging research and military environmentalism as seen through the lens of chaos theory. But the story line and its surprising ending are actually decoys. You’re really being led along an introspective journey into how your own chaotic psychological life processes might resolve themselves–or not. A psychological reset is the futuristic goal of survivors of the World Water Wars whereby chaotic brain states can be identified and rectified before any damage is done. In chaos theory this intervention would be at the level of the “flapping of the butterfly’s wings” rather than at the level of a downstream “tornado”. With this perspective shift, the author invites you to take a hard look at the metaphor of cellular apoptosis, i.e., programmed cell death, that’s raised up to the level of the human psyche. It then becomes the question of apoptocide, i.e., programmed suicide. But Goode doesn’t leave you hanging with just the question that you too are susceptible to the chaotic forces of life, but he leaves you with viable strategies to offset your vulnerabilities. Read this book–it could save your life or that of a loved one! --Robert Friedman, Amazon Review 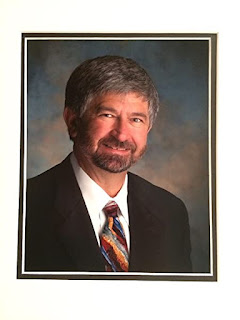 COMMENTS FROM AUTHOR MARK GOODE:
Can you imagine trying to write a book about suicide? You can literally hear everyone heading for the exit. One of the victims lives in the past, the others suffer immeasurably, often for a lifetime﻿. My book is a thought experiment that plays out via a fictional story.

The goal was to get people talking about suicide and create a movement to bring it out of the darkness in a different light. I am very pleased that I wrote this book, I am proud of it, and I never get tired of thinking about the many ramifications.

We humans possess the most sophisticated supercomputer in existence. We experience life via the development of consciousness which is brought to us by our brain Chaos is a natural phenomenon that is ubiquitous, and it can certainly develop within us.

In our experiment, self-destruction and or suicide can be the result of internal or external environmental factors. Whether driving in the fast lane at 100 mph or simply dealing with the chaos of life, sometimes the wheels fly off, resulting in a major crash.

Join Angela on this amazing adventure and hopefully emerge with the knowledge that we are all human we are all vulnerable and it is possible to reset our brain and our lives.
Finally, join me in a war on suicide and let’s learn how we can support one another, reset our brains and lives from the chaos derailing suicide and converting potential victims into survivors.

The story itself which is the vehicle of expression for my thought experiment is really unique. No one saw it coming.

Posted by Cindy Keen Reynders at 10:43 AM No comments: 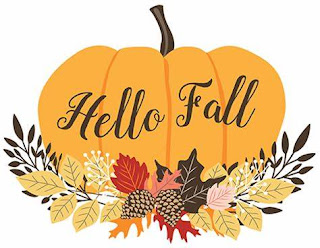 Today is the first day of autumn, my favorite time of year.
I love the crunch of leaves, the scent of pumpkin spice! How about you? What's your favorite thing about this time of year?

Posted by Cindy Keen Reynders at 10:28 AM No comments: 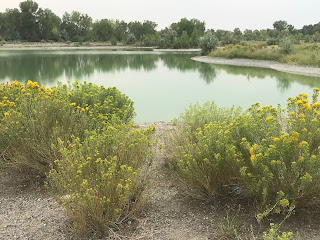 My photos of the 1838 Rendezvous site, near Riverton, Wyoming, where mountain men gathered at the confluence of the Wind River and Popo Agie (now Little Wind) rivers.

The area looks nearly the same as in 1830 and 1838 when Jim Bridger, Kit Carson, and other famous mountain men met for the annual fur trade and to re-supply. Annually, a re-enactment of the 1838 Rendezvous brings attention to the history of the area. 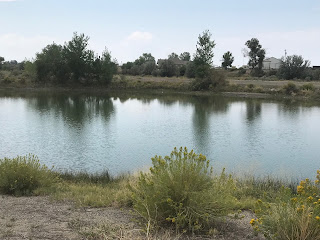 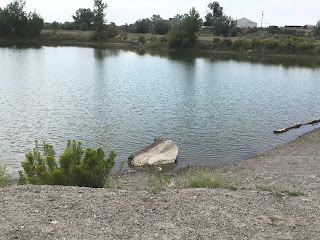 Posted by Cindy Keen Reynders at 9:49 AM No comments: 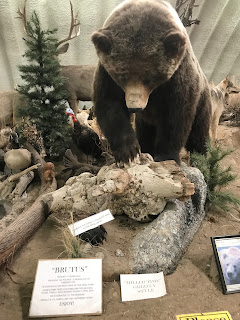 Traveling is in my blood.

I've also traveled to other places like Hawaii, where my daughter held her wedding. The Caribbean, Samoa, New Zealand, the Philippines, and many places in the United States.

But Wyoming? I've lived here a long time, and I'm still venturing out to new sites. I have a long list of places yet to explore, and each summer, I try to visit somewhere new.

On a trip to Riverton, WY, I stopped by the Wind River Heritage Museum, which features items from trapper Jake Korell. The displays are amazing, and you'll learn plenty of historical information. Below are a few more pictures of the things you'll see there.

What are some of the places you've visited?

“Once the travel bug bites, there is no known antidote.” ~ Michael Palin 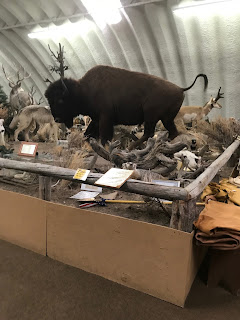 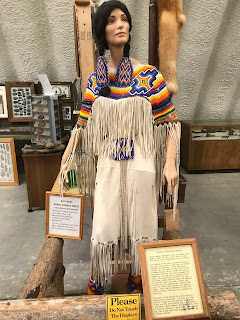 Posted by Cindy Keen Reynders at 11:12 AM No comments: 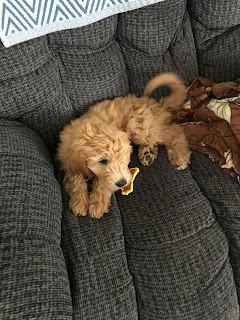 It's difficult to lose a pet.
Emotionally, I find it one of the most stressful events to heal from. After Ewok, our little doggie went over the Rainbow Bridge in December, I swore I could never handle it again.
Seven months later, I'm back to being a dog mama again, and I'm loving it!
Meet Myka (Mike-a), our new Goldendoodle pup! She's 12 weeks old and in only 2 days, she's the star attraction of our home.
My heart is happy.
Do you have a dog/cat? What is your favorite story about them? I'd love to hear it. 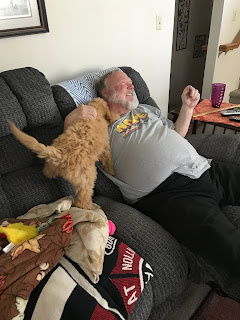 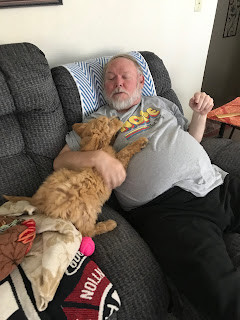 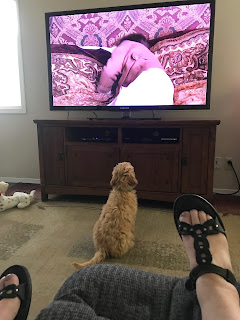 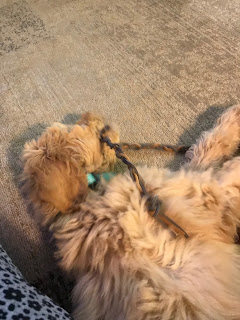 Posted by Cindy Keen Reynders at 9:05 AM No comments:

Survival of the fittest 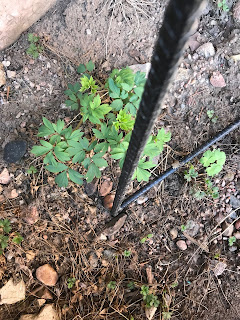 Look what survived the harsh Wyoming winter! This is a Bleeding Heart bush tuber that I planted last spring.

Its sister plant didn't make it, but this one survived. I love gardening, but alas, Wyoming is rough on anything green that tries to grow.

Unless its a weed. Weeds flourish around here, but they're not very pretty in the yard.

While living in Colorado and Utah I had lush gardens full of tomatoes, peas, corn, beans--you name it!

Many people here in Wyoming use greenhouses to grow gardens, but that's beyond my reach, unfortunately.

That's why when I manage to coax something green out of the ground, I'm a happy clam.

Here's a drawing of what Bleeding Heart looks like when they get larger and begin to bloom. I can't wait for mine to flourish! These flowers are supposedly deer and rabbit resistant, so wish me luck! 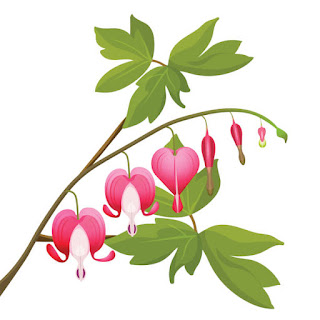 Posted by Cindy Keen Reynders at 11:06 AM No comments:

"In every walk in with nature one receives far more than he seeks." --John Muir

One of my hobbies besides writing is walking. On this sunny day as I was strolling through my neighborhood, I ran across some sidewalk chalk art. I love finding fun things along my path. 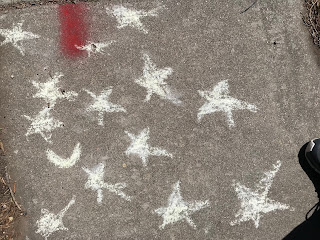 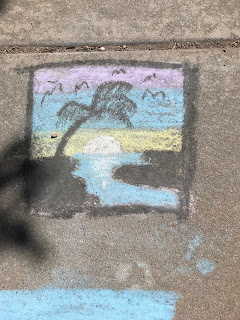 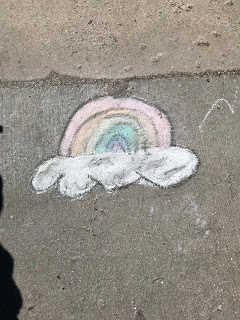 Posted by Cindy Keen Reynders at 12:02 PM No comments: 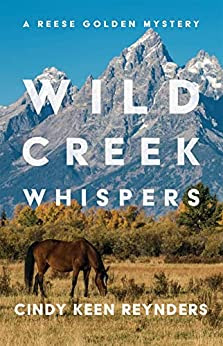 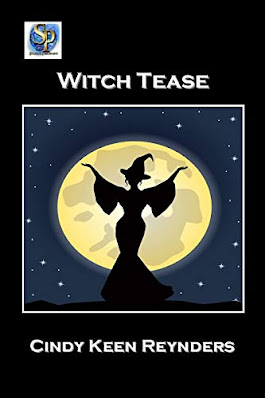 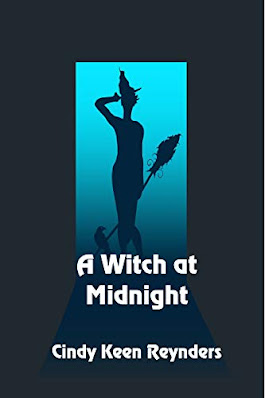 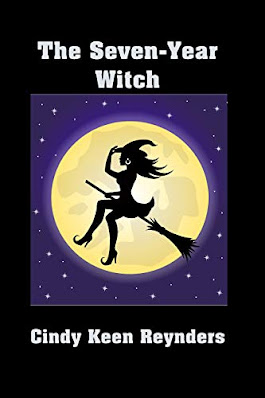 Cindy Keen Reynders
I'm an author in Cheyenne, Wyoming and I've been writing for more than 20 years. I've had magazine articles published in "True West" and "Wild West" and I've also worked for a local newspaper for the last 18 years. I've had six novels published. My current publishers include Solstice Publishing and Camel Press.